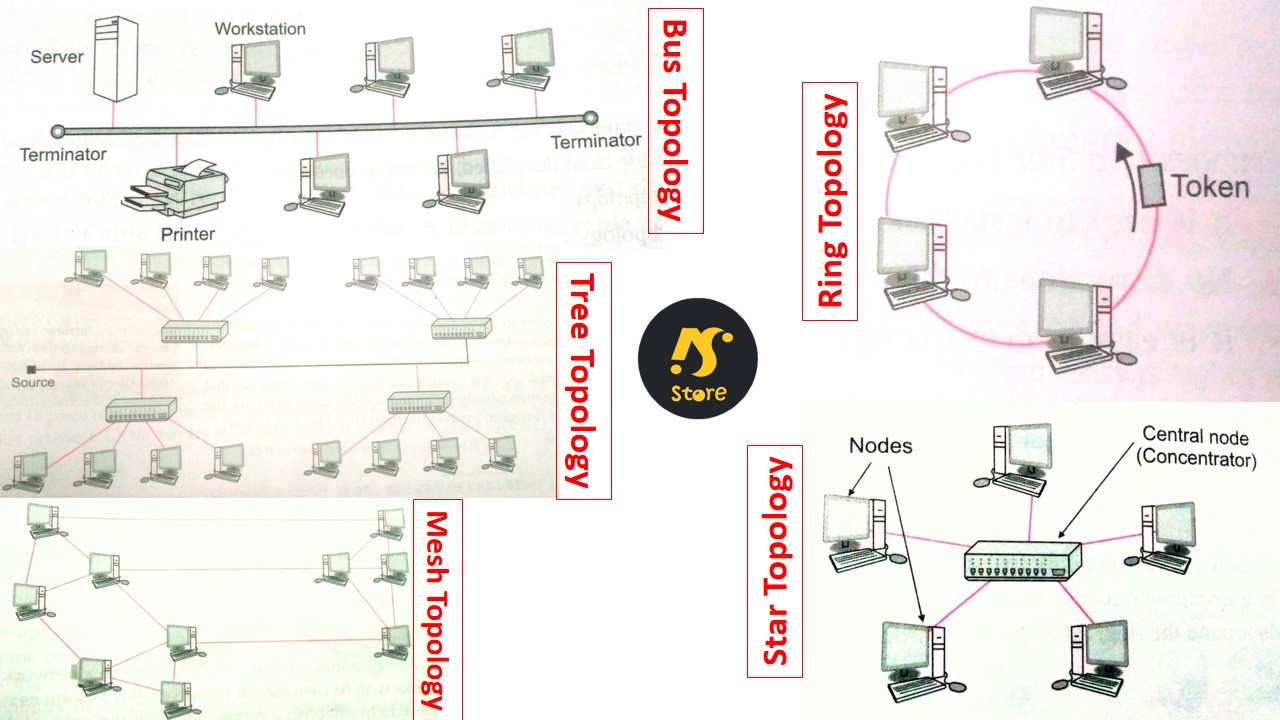 Many topologies have been developed, but major ones are:

This topology consists of a central node (concentrator) to which all other nodes are connected by a single path. It is the topology used in most existing information networks involving data processing or voice communications. A variation of star topology is the Tree topology.

The Bus or Linear Topology

This topology consists of a single length of the transmission medium (normally coaxial cable) onto which the various nodes are attached. The transmission from any station travels the length of the bus, in both directions, and can be received by all other stations. At each end, there are terminators which remove the travelling data token from the network.

The Ring or Circular Topology

In this topology, each node is connected to two and only two neighbouring nodes. Data is accepted from one of the neighbouring nodes and is transmitted onwards to another. Thus data token travels in one direction only, from node to node around the ring. After passing through each node, it returns to the sending node, which removes it.

In this topology, each node is connected to more than one node to provide an alternative route in the case the host is either down or too busy. The mesh topology is excellent for long distance networking because it provides extensive back-up, rerouting and pass-through capabilities. Communications is possible between any two nodes on the network either directly or by passing through. This is also ideal for distributed networks.

A tree topology combines characteristics of linear bus and star topologies. It consists of groups of star-configured workstations connected to a linear bus backbone cable.

The layout of a network has a direct impact on network functionality. By selecting the right topology can improve performance, data efficiency,  and reduce operational costs. One of the primary uses of network topology is to define the configuration of various telecommunication networks, including computer networks, command and control radio networks, etc.